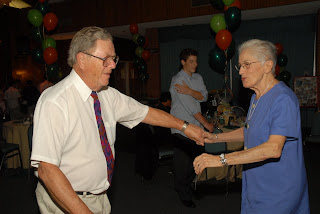 The family is gathering this weekend to celebrate my parents-in-law 60th wedding anniversary. 60 years is incredible! When I think of their 60 years of marriage I think it must have been joyous and fun along the way...a lifetime of memories created and shared dreams realized...a lifetime of adjustment, rising to challenges, resolved conflicts, apologizing, ignoring, moving on. There is a humor and an elegance to them. Certainly topping the greatest hits list must be the family they created and the togetherness warmly shared. When I reflect upon positive role models in my life, my parents-in-law are at the top of the list.

Enjoy the weekend (and Congratulations Neshalee!).

As I was driving the other morning, I was listening to a political interview on the radio and there was an intriguing question posed by the host to the former Secretary of State, Madeline Albright: If you could identify the purpose of the Clinton administration in one word, what would it be? She thought for a brief moment and then replied “Integration.” She went on to say how there was a lot of dialogue in the administration about a word that they could “brand” themselves with (“Interdependence” was ruled out), a word they could all use to find purpose and direction in their work.

What would it be like to simply stand for “equality?” What would it be like to stand for “love” or “accuracy” or “community” or “efficiency” or “healing?” How would our world be different if people and organizations stood for core concepts—deeply held values—that didn’t get lost in the flourishing language of mission statements and the ususal dis-integration that happens as a result of complex interpretations?

Here’s the challenge: What is the one word to which you are so deeply convicted that you will focus your life’s work in support of it…it defines you? When I take on my own challenge, I have a few words on my list… I stand for integrity. I stand for family. I stand for growth. I stand for adventure… I’ll work to get it to one! 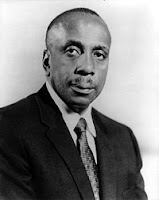 Last night was Open House at the high school. This quotation was posted on the podium in my son’s 9th grade English class.

What makes you come alive? What does it look like? When will you do it? How will the world know?

I spent the morning with some new friends today and our easy conversation covered a wide range of topics. While walking along the beach (and collecting sea glass!) the conversation turned to how kids today consume technology and cyberbullying. My cyberbullying story is very painful, surprising, frightening, and prevalent in our hyper-linked society.
How I understand the complexities of the information divide in my life (with my son in particular) I learned in a community lecture about cyberbullying. Dr. Elizabeth Englander gave the most illuminating description—in metaphor—of this generational phenomenon that I will pass on to you:
Think “immigration!”

Most of us are either from or close to the generation of immigrants that came to this country on ships from or other places. Many came through Ellis Island in harbor where they were “processed” or detained for a variety of reasons before being distributed around . Images of their passage are part of our collective historical, cultural, familial histories—villagers wrapped in layers of clothing, bundles of household goods tied together with rope and carried on fragile backs, eyes filled with fear and promise. Virtually none of these immigrants spoke English and they had names that were very difficult for immigration officials to pronounce, thus, they were shortened and often anglicized. Old identities were discarded so new, Americanized identities could take flight.

Whole families came together and they struggled to maintain and integrate their “old country” ways with the new culture they had landed in. Typically, the children of these early immigrants learned English while the parents (and grandparents) continued to speak their native tongue. English was often spoken out of the house while the native language was only spoken in the house. To be sure, the grandchildren of these immigrants (those who became the first generation Americans for having been born in the ) were raised as Americans and whose European connections were distant, old stories told by grandparents.

Here is the technology parallel and the challenges that we face: Many of us immigrated to the electronic age from the technological “old country.” Some of us are of the age where we do not and will not embrace technology and others of us strive to learn its many uses—it has become our second language. We know the old way and value the old way and we see the new way and have learned to value it as well. Then there are our children, those who are born to this way of l. Our children are first generation technology consumers. They know no other way to be. It just is. They never spoke the language of the old country; they have always known and consumed technology. Technology is primary to them.

In my home, we often reminisce about the old country (record albums, Day Runner calendar systems, pay telephones and having to get out of your seat to change the 11 channels of the black and white television). We grow together as we learn the new ways of our new land. We are, in fact, learning a new language complete with many new tools and applications. Our son doesn’t struggle with technology in the way we do. He actually feels quite superior to us in his use of technology. Parental power is neutralized. And here is what I know: Technology will never not be a part of my life (the way it was when I was born) any more, nor will it ever be my first language. I cherish my non-plugged in history and I do, indeed, enjoy the ease having a cell phone and Palm Pilot bring to my life. I have an incentive to learn this language of technology fluently so I can converse with my son and function with success in the greater wired world. I strive to appreciate the new world as I hope my son strives to appreciate the old country. My parents and I are immigrants to this new world and my son is a first generation citizen of technology. What land of technology do you stand in? Are you in the old country or are in the new world? What do you notice? If you are in that intergenerational place, what do you know about learning a new culture and language? How do you still honor the old and familiar way? How does technology support you living your best life? Enjoy the weekend… unplugged!
Posted by Gary Groth at 3:15 PM

It's Rosh Hashanah--Have a sweet New Year.
Posted by Gary Groth at 9:37 AM